It goes without saying that 2020 has been a year like no other. Celebrations and festivities all year round have looked a bit different during this pandemic, so what is Christmas going to look like?

It’s celebrated all across the world, with different traditions across borders and… while it won’t be ‘business as usual’ for many, there is so much to look forward to this season! First off…

Christmas cake (‘in the making’ in the picture above), mince pies and pigs-in-blankets are only some of the delicious options available if you are celebrating Christmas in Britain! In Costa Rica a typical Christmas meal normally includes chicken and pork tamales, wrapped in plantain leaves for cooking. Turkey is a staple across different traditions – sweets are what tend to vary the most!

In Trinidad, Christmas fruitcake is traditionally made with fruits such as raisins and sultanas soaked in cherry wine, sherry and rum for several months. In Spain, 'Roscón' (filled with cream or chocolate and containing a little gift) is eaten at Epiphany. In Bangladesh you can find different variations of 'Pitha' (sweet rice cakes made of rice flour, milk, coconut and molasses). In Angola you can often find Bolo Rei cake, while in Italy ‘Carbone’ or sweet coal, is a sugary dessert given to children who have been naughty during the year (see the picture below).

Stars and other decorations! 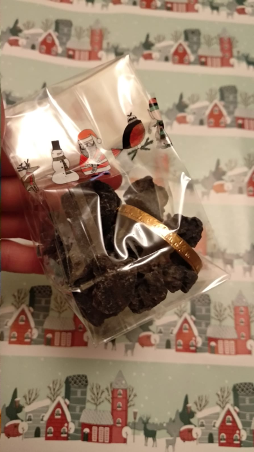 In Greenland it is common to put an illuminated star in the window as a decoration. The stars bring some light during winter, when the sun never rises! The stars are sometimes called 'poinsettia stars' as they look a bit like poinsettia flowers.

In Norway many light candles starting from the first Sunday of December and leading up to Christmas. One of the most known decorations is, of course, the Christmas tree! These are often decorated at the start of the month and presents are placed under the tree till it’s time to open them up! You can decorate your tree with lights, baubles, garlands and a star on the top.

A fun fact about this holiday season is that, while 25th December is recognised as Christmas Day by most (apart from those who follow the Julian calendar), celebrations don’t all start at the same time. In Ghana people kick off the season from the 20th, while in Spain celebrations carry on until 6th January – known as Epiphany. In Russia Christmas day is on 7th January.

Children often put on a ‘Nativity Play’ in France as part of the celebrations and in Portugal, Angola and other places, it is common to put the Nativity Scene (Presépio) by the Christmas tree. Zambians like to go carol singing to raise money for charity and Australians often volunteer during Christmas time as the country is really hot at this time of year and bush fires are common. 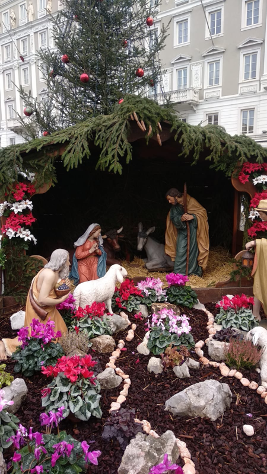 An old tradition derived from the Anglo-Saxon world is that of sending Christmas cards! The first ‘Merry Christmas’ in a letter dates back to 1534. Millions of cards are sent each year and many charities create their very own designs to raise money during the festive season. Many also make their own, which is extra special of course! Christmas cards are really easy to create – who will you be writing to this year?

A different type of card, is the one for Father Christmas. Children typically write to him to tell him their wishes for the Christmas season and, if they have been good the whole year round, their wishes are granted!

In Italy you will find Babbo Natale, while in Russia you will have Grandfather Frost (or 'Ded Moroz') and his granddaughter. You can usually see Father Christmas wearing red, but in South Korea, you can also find him wearing blue! While there’s a small chance you’ll find Santa at a Christmas Market, you can rest assured he’ll pay you a visit on Christmas Eve!

What are your Christmas traditions? If you don’t celebrate Christmas, what were you surprised to find out? For more facts on Christmas celebrations around the world you can visit: https://www.whychristmas.com/